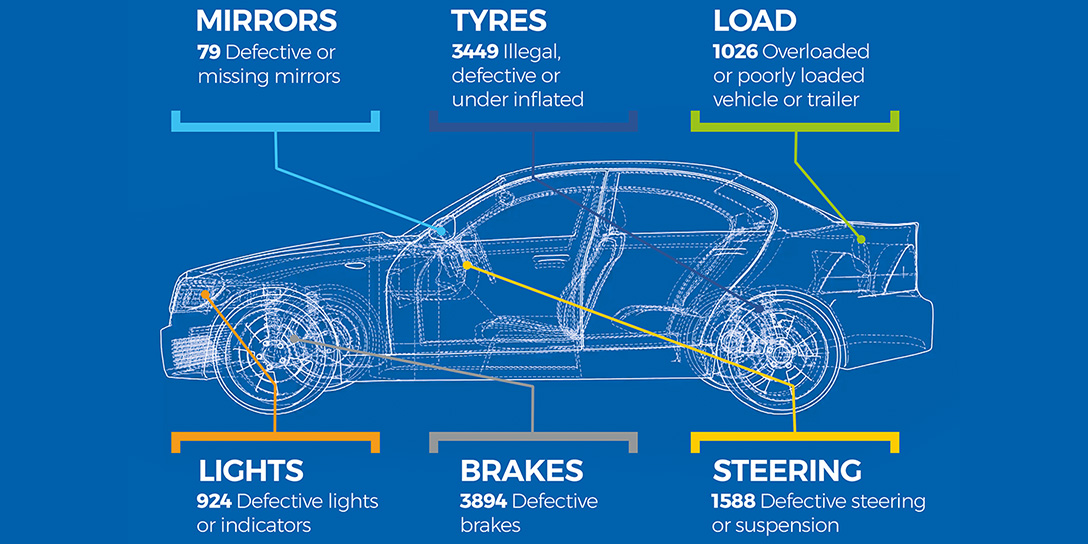 New annual data from the Department for Transport (published 26 September 2019) reveals that defective brakes have been the leading cause of road accidents – where a vehicle defect was a contributory factor – for the sixth year running, contributing to a total of 3,894 accidents from 2013 to 2018.

Analysis of the contributory factors in road accidents 2013-2018 data conducted by Pagid, the UK’s leading braking brand, also revealed the highest number of fatalities due to defective brakes occurred in 2018 with 15 deaths – representing a 67% year-on-year increase compared to 2017.

There have been 64 fatalities due to defective brakes since 2013.

Conversely, the overall number of road accidents and casualties, where a contributory factor was identified, have decreased by a fifth (22%) since 2013, with a 9% decrease from 2017 to 2018.

The second leading vehicle defect as a contributory factor, with 11% fewer accidents over the last six years was illegal, defective or underinflated tyres, which contributed to 3,449 accidents.

Phil Woodcock, Pagid key account manager, said:
“While there could be several reasons why brakes are consistently coming out as the top vehicle defect in road accidents, consumers need to be aware that worn brakes are a big problem and present a serious danger to the public.

“Drivers need to be able to trust their brakes in extreme situations, and although they are checked during the annual MOT, 12 months is a long time, especially if the car has received an ‘advisory notice’ that they are partially worn. It is therefore worth getting them checked in-between MOT and service intervals especially if the driver notices any warning signs such as an audible squealing sound or abnormal vibration when the brake is applied.”

The North East had the lowest number of accidents due to defective brakes, with 132 over the last six years.

As well as defective brakes, the Government data lists five other vehicle defects in this category: Illegal, defective or under-inflated tyres, defective lights or indicators, defective steering or suspension, defective or missing mirrors and overloaded or poorly loaded vehicle or trailer. There are 78 factors overall which fall into nine categories, and these are: Road environment contributed, vehicle defects, Injudicious action, Driver/rider error or reaction, Impairment or distraction, Behaviour or inexperience, Vision affected by external factors, Pedestrian only factors (casualty or uninjured) and Special codes.