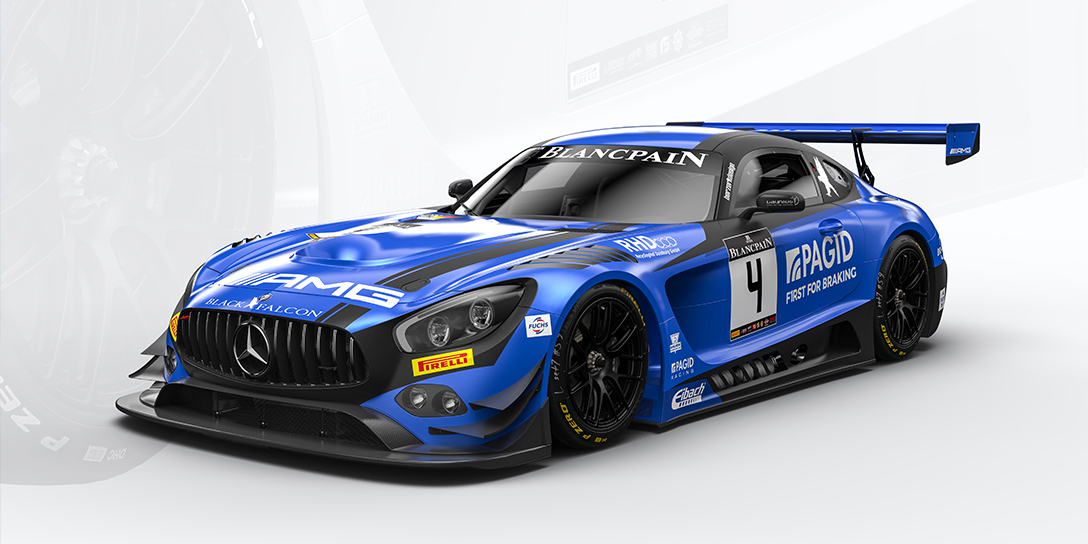 The UK’s biggest braking brand, Pagid, has been the official braking partner to the BLACK FALCON team for 10 years. The partnership now grows to the next level and, for the first time, the BLACK FALCON Mercedes-AMG GT3 PRO class car will feature the unique Pagid ‘F1RST for Braking’ livery when it competes at the Silverstone leg of this year’s Blancpain GT Series (Endurance Cup).

Last year, BLACK FALCON claimed victory in the Silver Cup class at the Silverstone event, and, following a stellar 2018 campaign, the team are the current Blancpain Endurance Cup Champions – a title the team will pull out all the stops to defend in 2019.

Pagid Racing is the official braking partner to the BLACK FALCON team, and the exclusive motorsport brand of TMD Performance, part of the TMD Friction Group.

Pagid will also be hosting over 200 customers as VIPs at the exhilarating event following its ‘F1RST to The Flag’ sales promotion where garages and workshops could win pairs of tickets to Silverstone to watch the Endurance Cup.

Phil Woodcock, Pagid Key Account Manager for UK and Eire, said: “The Blancpain GT Series is without a doubt Europe’s most competitive GT3 category. It features strict performance specifications that keep the field as close as possible in an intense set of races which focus on driver skill and engineering set-up. We’re very proud that Pagid is sponsoring the BLACK FALCON Mercedes AMG-GT3 at Silverstone, the home of British motorsport, this year. We look forward to an exhilarating event and wish BLACK FALCON every success in their 2019 campaign.”

The Blancpain GT Series runs over 10 events with five Endurance Cup and five Sprint Cup races. BLACK FALCON’S Mercedes-AMG GT3 cars will line up on the grid against Ferrari, Lamborghini and other world-renowned super cars.